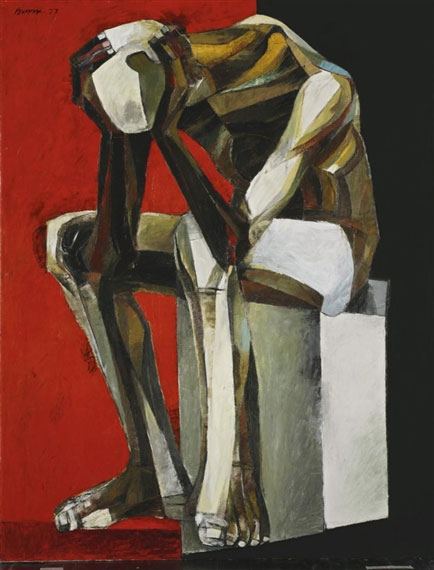 The Case for Change

The 21st century is a radically new era with heightened complexity and uncertainty, exacerbated by the disruptive effects of technology, rising political and regional instability, new non-state power holders and brokers, and the unprecedented wave of biological and environmental threats. These ecological, economic, political, moral and existential crisis’ are deep, complexly interrelated and transnational in nature, providing the context for what can be called a “crisis of crisis'” or “global meta-crisis”.  To address the global meta-crisis there is now a recognizable gap between the jurisdiction of national governments, national legal systems, and the global socio-cultural and economic operating spaces of citizens, corporations, and capital.

Current shifts taking place worldwide evince the symptoms of a dying industrial era and the hints of the emergence of a more ecologically sustainable world.  However, such emergence is neither inevitable nor unyielding.  There is no guarantee of a just transition. Those benefiting from existing power structures that are currently negotiated through national legislative frameworks will machinate to hold the system in place.

The United Nations, which was founded post-WWII to address this gap, still necessarily has a governance structure that reflects the existing sovereign-centric power structures, placing a rigid constraint on its ability to go beyond a primarily national development agenda and to re-imagine and implement a new collective evolutionary agenda for change that focuses on people, sustainability and peace.

There is, therefore, an urgent and pressing need for the articulation of a global collective evolutionary agenda that:

That said, in 2015, 193 UN Member governments did attempt to progress the collective agenda by adopting Agenda 2030 as a shared blueprint for peace and prosperity for people and the planet, now and into the future.  The Agenda can be seriously criticized for not focusing on deep underlying structural causes for our current unsustainable reality -e.g. the pursuit of infinite economic growth (Raworth, 2017). It can also be criticized for the reductionist approach to the articulation and development of the approaches to the 17 goals (Steffen, Rockström, et al., 2018).

Criticisms notwithstanding, the Agenda 2030, represents an unprecedented milestone in global arrangements where the underlying focus was not only nation-state development but on our collective development on a finite planet.

With 193 countries agreeing to implement the collective agenda through local law and policy, citizens now have a supra-partisan mechanism to hold elected officials to account.

Although much work is being done to progress the collective Agenda by the UN, governments, NGOs and even corporations and to craft meaningful pathways for cultural and ecological sustainability, there is less coherent strategic focus on the how the law and legal systems can be used to enable a safe, fair and just transition. The Agenda is not hard law and therefore cannot be enforced within nation-states unless codified by statute or recognized as public policy in a court of law.

This brings me to the main thesis of my argument here, that there is an important role to be played by the legal system and its actors.  Our current social, economic, political, environmental and cultural realities are held in place and in some circumstances accelerated by existing laws. Law is the means through which we negotiate our ways of being, interacting and doing in modern society.  Therefore if we seriously want to change our current reality,  changing culture and mindsets is important, but we must change our laws.

If we accept that system change is required for cultural and ecological sustainability, then we cannot avoid this critical investigation of the root causes which may be found in outdated philosophies that inform the laws which underpin current cultural and ecological outcomes. This combined with emergent understandings of the new science of complexity and complex adaptive system-thinking make it an urgent priority to interrogate the relationships between existing laws and legal systems at the national, multi-lateral and international levels and the current realities, in a different way.

While governments, international organisations, multinational corporations, and big philanthropic donors can work together from the top-down to make progress on a collective evolutionary agenda, we believe that lawyers, systems thinkers, academia and civil society working collaboratively at a trans-national level (unfettered by national constraints) to create legal system-change movements at local levels can become an important complementary bottom-up movement for change.

Law is a unique tool for societal transformation and lawyers and legal experts are therefore uniquely positioned to be the architects and the engineers of the deep cultural and ecological shift for which there is now pressing demand.

As science and society make the shift from a mechanistic world view to embracing a more systemic one, so too must the law. The new science of the interconnectedness of life demands that we understand systems complexity and renders traditional nation-centric legal modes and methods demonstrably outdated and out of step with nature and society.

So how can we begin the process of legal system re-engineering which explores the spaces between individual, national, regional and planetary interests?

At the Future Law Institute, we believe we must first explicitly acknowledge that this task is a complex endeavour. Informed by this perspective, we work at the intersection of complexity theory and the law, to build new forms of meta-legal collaboration transnationally to address global challenges. Whilst we recognize that lawyers and other legal system actors must focus on the development and practice of the law nationally, we hope to inspire and influence the emergence of a new type of legal expertise and advocacy which focuses, as well, on our collective evolutionary agenda for a safer, more just, more ecologically resilient future for all.

Longer-term objectives of identifying relationships and patterns over time, creating transnational collaborations at governmental, civil society, academic, business and professional levels so that collectively we can be better prepared to address global challenges and crises,  require the recognition that the whole is greater than the sum of its parts – and some of us have to be thinking about the whole.

Systems thinking research methodologies help us to make sense of the whole. They help us to make sense of the relationships between component parts in a complex system, to map influences and to develop non-linear theories of causation. At its core, systems-thinking is about analysing relationships and interactions between components within a complex system.  We are seeing early adoption of these approaches in the fields such as public health, and natural and social sciences, but only more recently in the legal and public policy spaces.

In the systems-thinking vocabulary, law can be said to constitute what is termed a Complex Adaptive System (CAS).

A CAS has been defined as a large network of components, with no central control and simple rules of operation, giving rise to complex collective behaviour, sophisticated information processing, and adaptation via learning or evolution (Ruhl and Katz, 2015).  However, the law is not merely a CAS, as it also influences and is influenced by the very systems it was designed to regulate – a “system of systems” (Ruhl et. al 2017).  Making sense of the effectiveness of national legal systems is an attempt to make sense of a Complex Adaptive System (CAS) operating within a CAS (global) interacting with other CAS (regional and national).

The Meta-Legal approach crucially recognizes this “system of systems” feature of the law, its heterogeneity and interrelatedness between the component parts of national legal systems including the lawmakers, lawyers, judges, agencies, the laws and policies themselves, socio-cultural systems, economic and political systems, along with multi-disciplinary impacts and interconnections between law and society. It also seeks to map the relationship between global and transnational level responses and variables. This type of meta- sensemaking requires experimentation with new research methodologies. The Meta-legal approach for understanding legal change engages a slower trajectory than traditional legal research methods, seeking first to make sense of the changes that are happening not only within component parts of the system but at a meta-level mapping all policy responses worldwide and exploring the relationships and patterns over time.  This allows for the exploration of new types of questions that traditional legal research does not attempt to answer.

Mapping legal complexity is at its core about mapping systems of power since law is the mechanism through which power is negotiated within and between societies.

According to Webb (2005) applying complexity science to the study of the law makes manifest the distributed nature of power in society and therefore highlights the inability of any person/entity/institution to claim that it exerts unfettered control. It follows from this that every system component has some level of responsibility for its participation in sustaining the system. Mapping systems of power must include narratives on the relationship between the rule of law and participatory mechanisms for all stakeholders within the system, which in the last twenty years of rising corporatism have developed to include new power-holders and power-brokers – non-state actors, benign and malignant.

Key Features of Our Meta-Legal Approach

For us at the Future Law Institute, this is the task of legal futurism and the work of the Next-generation Legal Professional (NGLP) who we are here to support. Our focus is on Next-Generation Legal Research, Education, and Capacity Building and our specific areas of work for legal system change and re-engineering are:

(2) Articulation and Progress of a Global Collective Evolutionary Agenda

NGLP practice is not simply about how advancements in technology can change the way we practice as lawyers but how technology can enable us to work trans-jurisdictionally and trans-disciplinarily to make progress in the articulation and emergence of a normative global collective evolutionary agenda for a safer, more just, more ecologically resilient future. Next-Generation Lawyers must explicitly acknowledge that some legal issues go beyond the complicated into the complex and therefore must develop an approach informed by complexity science.

Starting on 8th of June 2020, UNESCAP organized a Policy Hackathon on Model Provisions for…